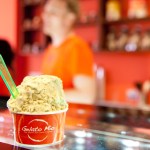 The Good: The selection of chocolate ice. Seasonal flavours.
The Bad: Staff don't manage the queues well
Number of Visits: 11

I’ve been a fan of the Spanish-run Gelato Mio Ice Cream parlour in Holland Park ever since it opened. When I used to live in W12 I would take a trip to Holland Park in the summer and stop there for an ice cream. I always thought the ice cream there really was very good.

Gelato Mio has always been a bit pricey, because you are paying a premium for the taste of real gelato which is made onsite.

As ice cream entrepreneur and founder of the original Gelato Mio, Carlo Del Mistro, explained to me, real gelato is free from the preservatives that are put into most ice cream on the high street, and as such it has a shelf life of 7 days. At the end of the week they have to throw away all the ice cream. It absolutely makes sense when you think about it: milk goes off. 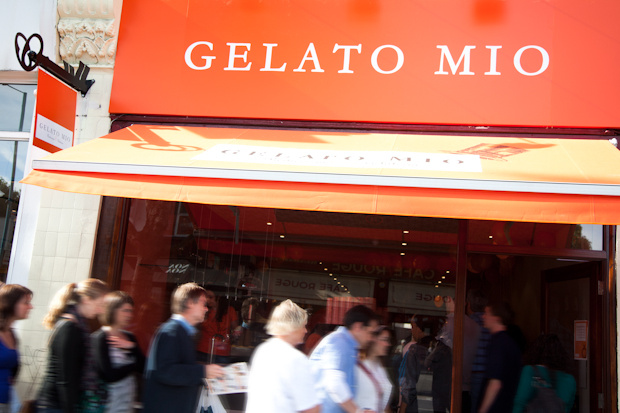 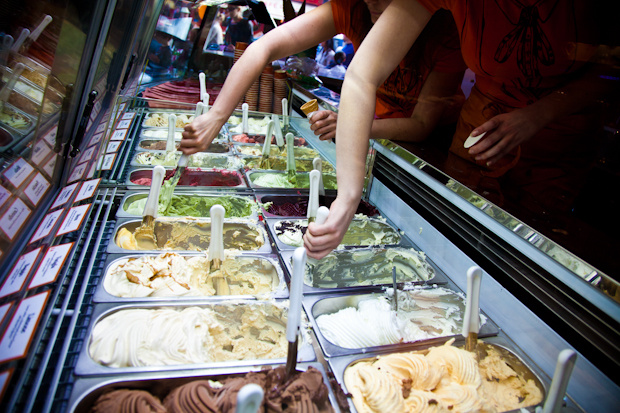 I read a criticism of the Gelato Mio prices over on the ChiswickW4 forum, and someone said these kinds of prices are for people with more money than sense. But surely it’s only the same as buying fresh juice (i.e. Tropicana) rather than made-from-concentrate; it’s something that is increasingly becoming the norm in today’s average household.

Either way I couldn’t care two hoots. I love my ice cream and that’s final. 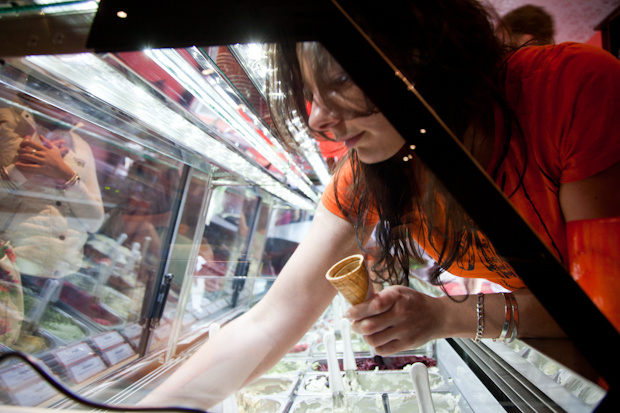 My absolute favourite flavours are: dark chocolate and pistachio. I also really recommend having two scoops in a sugar cone rather than a single helping – from experience you tend to get way over double the ice cream for a double scoop! 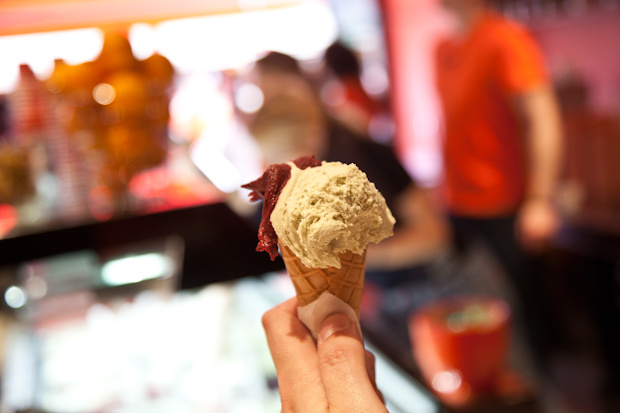 As an ice cream parlour, I find Gelato Mio has the perfect selection of flavours. They also sell ice cream shakes (although these are pricey to the point I probably wouldn’t buy one!) as well as espresso-based coffees and teas.

I especially love their ‘history of ice-cream’ wall display which is beautifully put together. 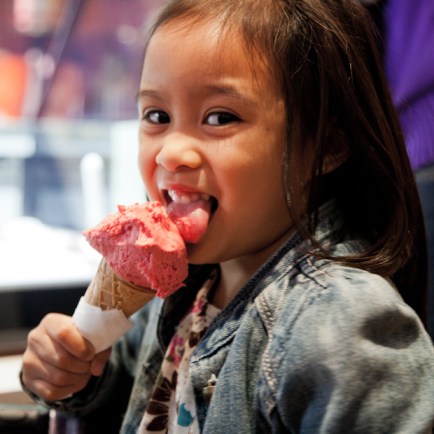 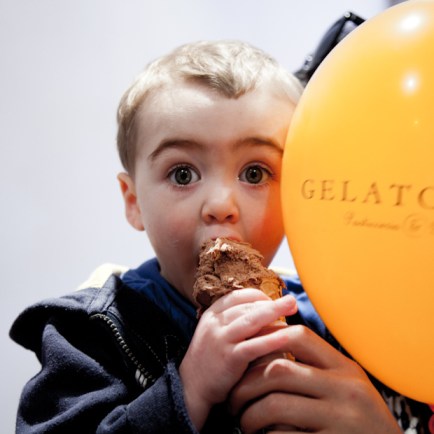 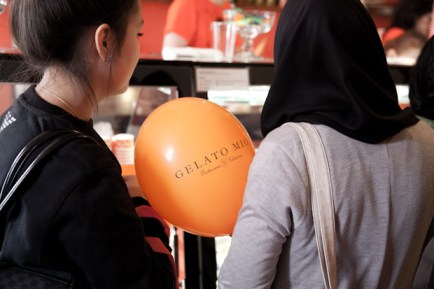